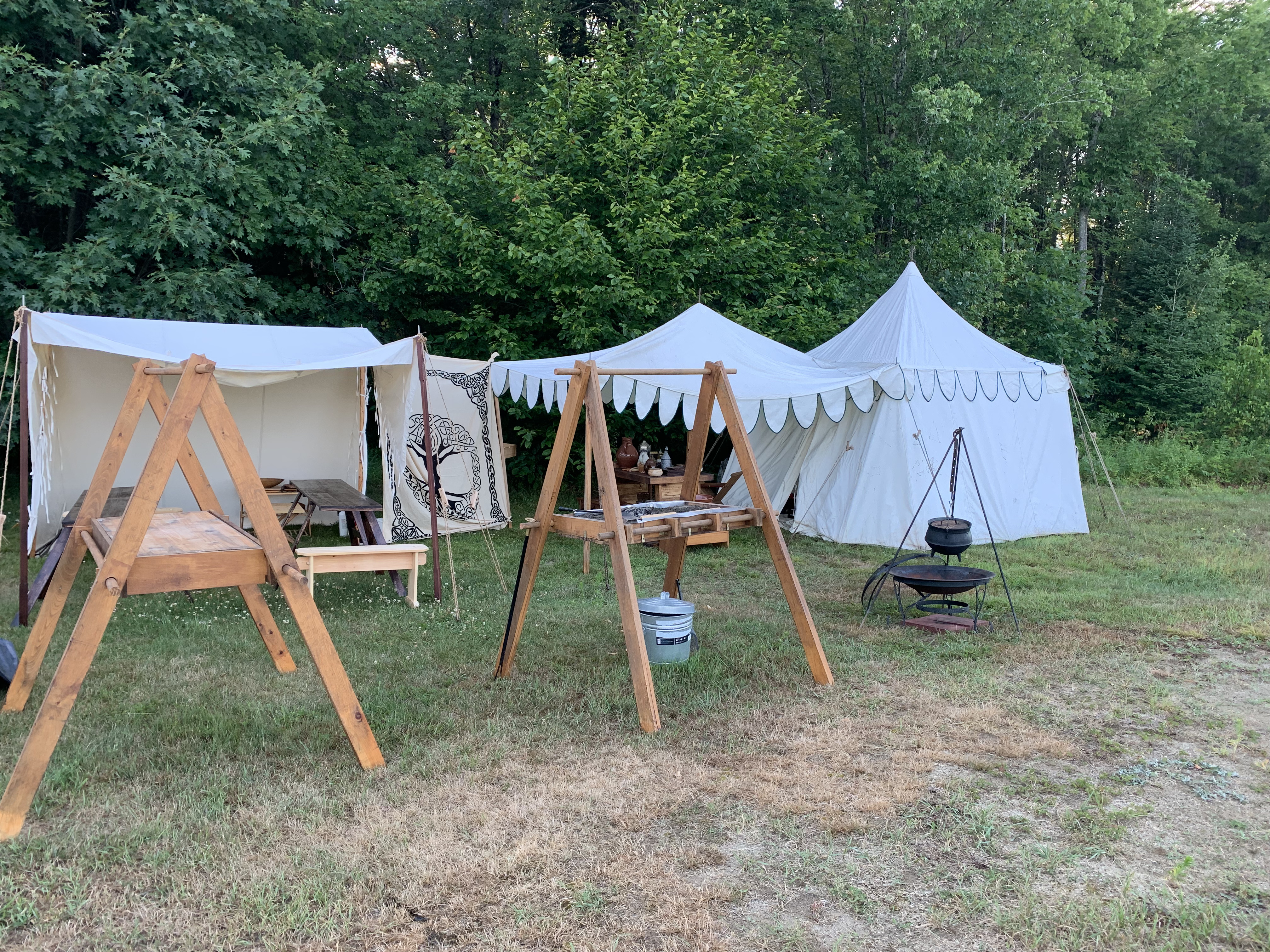 My full setup from Great North Eastern War in 2022. I did an all day cooking demo on the Friday.

For example, I have a pottery problem. While I'm aiming for Anglo-Saxon, I have Roman amphorae, cheese press, bowls, and cups. I also have a 15th century colander and pitcher set that's perfect for straining butter and cheese. It's outside of my period, but perfect for the job. I use an 18th century ceramic butter churn—I should use a wooden one, but as a hobbyist, I couldn't keep a wooden one functional.

I should be using an axe to split wood. I can do it. But I feel better using a modern (19th century?) wood splitter that I can use with a sledgehammer. I feel a lot better when kids are in a camp knowing they're not going to run into an axe.

I should be using a Anglo-Saxon style wedge tent. However, when I was initially purchasing a pavilion, I wanted something I could set up alone. Also, having grown up around 18th century wedge tents, I wanted something I could stand up in, and hold my stuff for two weeks at Pennsic. The Regeant works better for me logisitically. The sutler wedge tent I have was more purchased for when I do 18th century spinning demonstrations. However, it's a great day shade, and makes my camp more comfortable.

Back to Morwenna's main page.