This is the third "live" scroll I was assigned, a Silver Broach for her garb work.

According to the House Strangeways wiki, Graita is a 16th Century noble woman living in Germany. I used that to search around the internet for some inspiration. I found this blog article about "The First Book of Fashion". Basically, a rich guy in Germany paid people to make a book full of water colors of all his outfits, and is considered the first "Fashion Blog". I used that as inspiration for designing the layout. Folks were fabulous and helped me find images of Graita from winning the Most Historically Accurate part of the Birka Fashion Show in 2016. (The images I was forwarded were from Facebook, but there is a video on YouTube thanks to Baroness Arlyana van Wyck.) Since tracing is period, I used those images for the scroll. I cannot draw a human figure, but I can trace one. 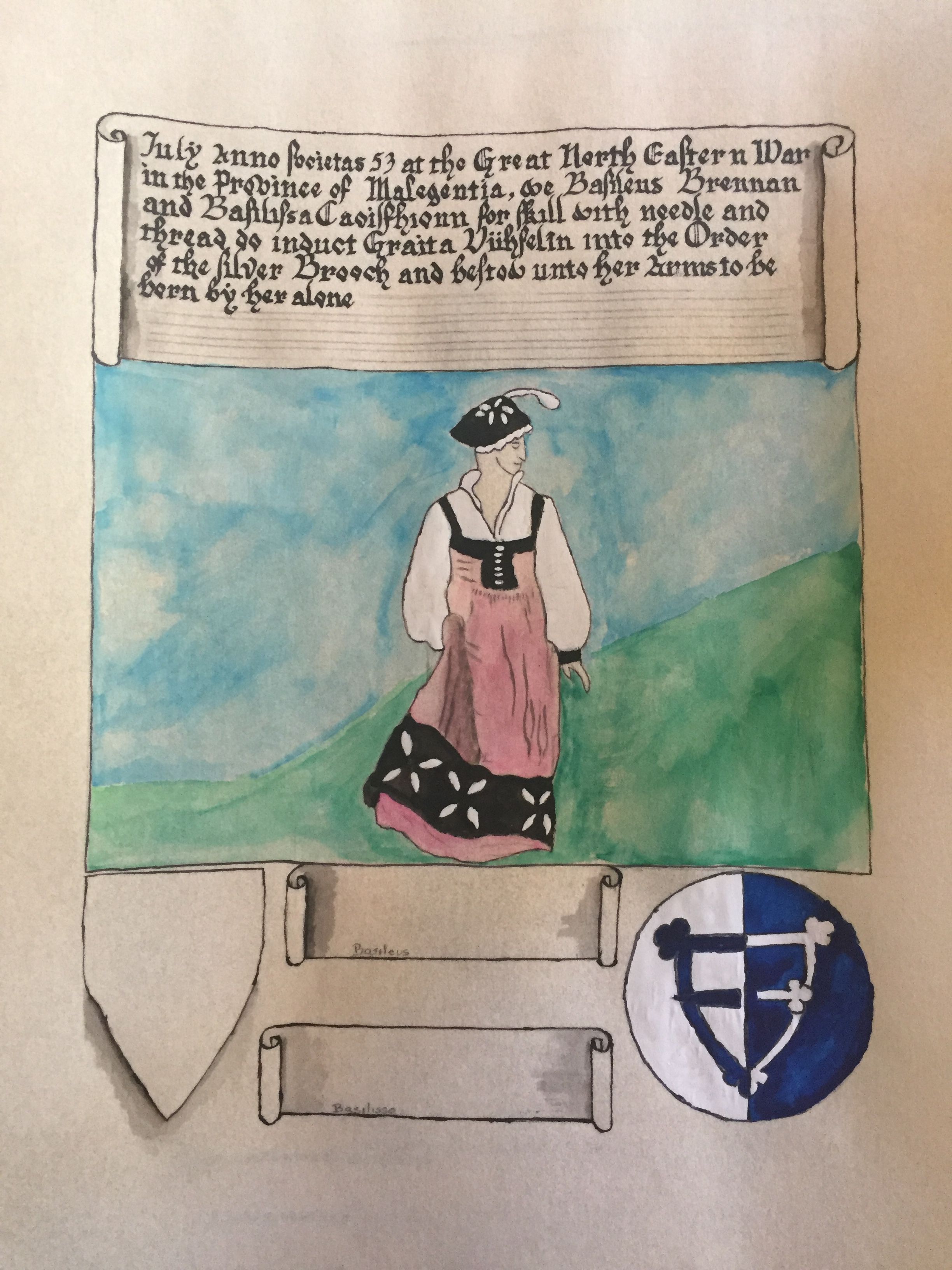 This award was presented at the Great North Eastern War. The best part was that the recipient accidentally wore the outfit that day. This went over well in court. Thanks again to the efforts of Baroness Arlyana, it was recorded and available on YouTube.